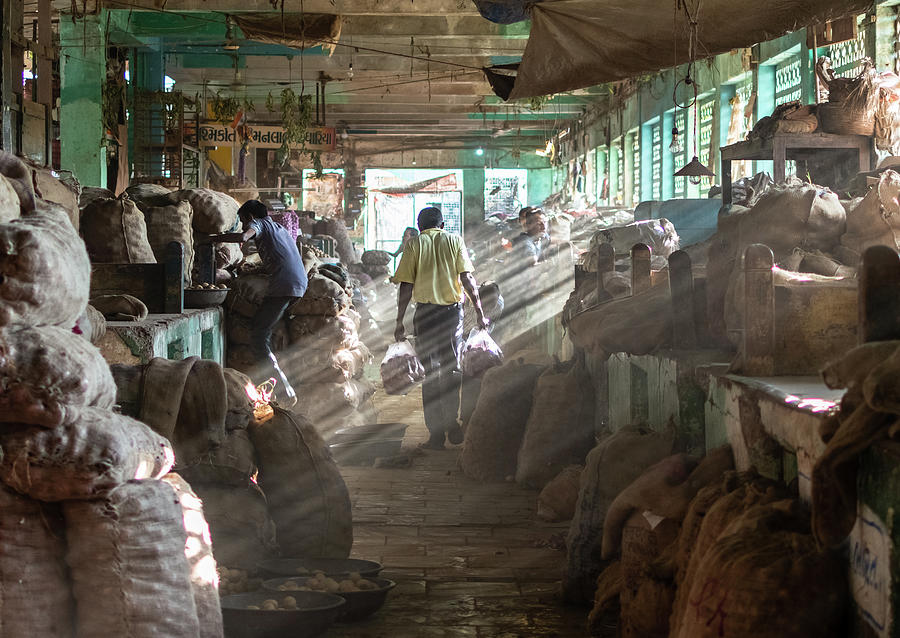 Photo of the Day

Two men on the streets of Palitana in Gujarat.

Scenes from the Junagadh streets

Scenes from the waiting hall in Tirumala

From the Old Markets of Bhavnagar

Yelagiri – Getting there, the Streets and the People

Yelagiri, about 90 kms south of Vellore, is an unassuming cluster of villages at an altitude of over a 1,100 meters providing welcome respite from the heat to people living in the scorching plains around. It’s the closest thing to a hill station around Chennai and the hotels and restaurants, I heard, are packed to droves with people on holidays and weekends.

I took a train from Chennai to Jolarpettai, a town about 13 kms from Yelagiri. Here, at a junction on the highway, I had to wait for hours for a Yelagiri bus to come by, hours that felt like an eternity in the bright summer heat. Rickshaw drivers saw my unhappy face staring cluelessly in the distance and asked if I wanted to go with them for 500 Rs. But I was playing in extreme budget travel mode and absurdly controlled my urge to take the easy way out. Matters were made considerably worse by the fact that, when one of the buses did arrive, I had been taking a respite from the heat in the shade of a tea stall and before I could leap over to where the bus was, it had bolted away. After this fiasco, the rickshaw guys appeared even more willing to give me a ride but my resolve had only toughened. After pointlessly wasting another hour by the roadside, this time not moving an inch, eventually I found myself in a tottering bus on the winding road to Yelagiri.

Since I went on a Tuesday and left before the alleged crowds hit on Friday, I wasn’t witness to the spectacle of mass tourism I had heard about. In fact, in my case, the opposite was true. Many of the restaurants were shut, the tourist sites felt forlorn and unloved and the hotels were vacant and lonely. It was difficult for me to imagine the place overrun with tourists because there was so little infrastructure to support such an influx. Nevertheless, I was assured by the amiable and moustachioed manager of my hotel that come the weekend, I would find it difficult to find a room no matter how much I was willing to pay.

My hotel was called Aruvi and appeared to be custom-built for cheerful families, complete with a garden, a play area with slides and swings and a big, gaudy sculpture of snow-white swans with yellow beaks perched on a bright-blue platform adorning the entrance. At 500 Rs. a night (thanks to fabulous discounts on goibibo), my room was a steal. It was impeccably clean, there was a western commode and a geyser for hot water. The manager apologetically informed me that they had shut down the in-house restaurant on weekdays because of a lack of clientele. If only I had arrived on a weekend…

Food, was a problem. The closest place open was 200 meters down the road and was filled with what appeared to be locals and people working in the area. Generally everyone eating here knew everyone else and as the protocol went, they had to stare suspiciously at the one person who didn’t belong. On the first night, the man I was sharing a table with proudly announced to everyone assembled that he had had a fight with his wife and was thrown out to fend for himself. The food was terrible and the only edible options were (extremely greasy) dosas and parotas accompanied by (extremely oily) omelettes. After two days of eating here, I wondered how I hadn’t collapsed with a heart attack.

When I told the manager how terrible my meals were, he suggested I walk down to Hotel Hills, a somewhat fancier dining place. The restaurant here was so desolate, two of the waiters had slumped over the table catching a siesta. Neither of them looked happy when they saw my hungry face staring expectantly around the room waiting for someone to get a menu. I waited patiently at my corner table until a more senior staff walked in and nudged one of the dozing waiters in my direction. They didn’t have any of the thalis or the South Indian dishes and only served the more expensive Punjabi food. Thankfully, it wasn’t entirely the catastrophe I thought it would be as (and I’m sure it had something to do with the terrible food I’d been eating) the vegetable korma was, if not delicious, certainly satisfying and the rotis to go with were soft enough without being chewy.

I spent my first day walking around Kottaiyur and Athanavoor, two of the main settlements in the area. There was an informal market at the junction of the two near the main entrance to the lake. Here street vendors selling colourful trinkets and fluffy, obscenely gaudy dolls sat glumly waiting for customers to show up, women laughed and gossiped by the fruit stalls selling locally grown guavas, pineapples and watermelons in front of the bright red and yellow striped temple walls, tourists tested their plastic gun skills by taking shots at balloons hung on a white cardboard wall and the pungent odor from a cluster of street food stalls that lay cluttered on the pavements selling fried fish fresh off the lake filled the air.

Georgetown, Chennai is one of the few pockets of the city that still bustles with an old world charm and character. These are some of the shots I took while walking in and around the streets and the flower markets in this atmospheric corner of the South Indian metropolis.

Just down the road from the Dakhil Darwaza and the Baroduari mosque, you find a tall tower said to be built by Saifuddin Firoz Shah to commemorate a military victory.

And a 2 minute walk from the minar will get you to the Qadam Rasul Mosque, which is said to contain the Prophet’s footprints. Built by Nusrat Shah in 1530 AD, the compound also hosts the tomb of Fateh Khan, who was a commander of Aurangzeb’s army. A caretaker ferries you around if you’re interested and admonishes you if you take pictures inside. It’s a rather sombre site if you manage to ignore people taking group pictures and selfies outside the tomb and while the site is ruinous, it does retain a little architectural glory in its marble columns and the brick engravings on its walls.